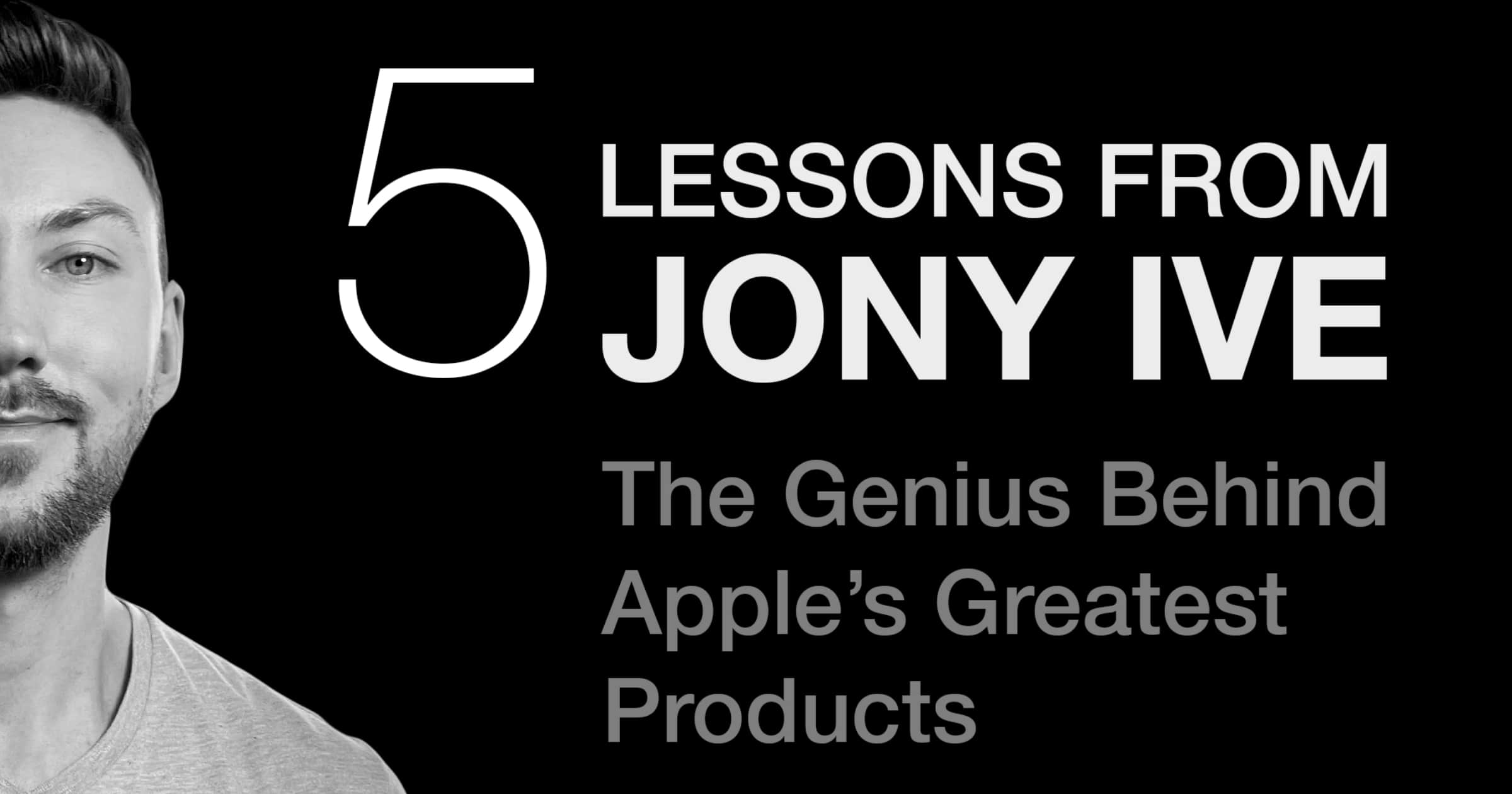 Do you want to replicate the success of Apple in your own work? Check out these five lessons I learned from 'Jony Ive: The Genius Behind Apple's Greatest Products' that you can apply in your business today.

It's no secret that I'm a fan of Apple products and as a result, I have much respect for Sir Jony Ive, the former head of design at the Cupertino-based company. Ive's award-winning work at Apple has been experienced by billions of people across the world and although he left the company in 2019 to start his own design agency LoveFrom, he will likely continue to play a role in the development of Apple's products by taking Apple on as a client.

That's why I wanted to learn what I could from the Leander Kahney biography that explored Ive's life and role in Apple's monumental success – to apply it to my own web design business and to share it with you.

Ive was known to have developed vast amounts of prototypes for the different products he developed. Why, you might ask? To test ideas en masse with the intention of iterating his product so that it was as close to perfect as possible.

For instance, when designing a futuristic telephone in the 1980s for a national design competition, Ive developed more than a hundred prototypes of the phone. However, each one had only subtle differences. “I’d never seen anything like it: the sheer focus to get it perfect,” remarked a senior designer from a London design firm.

What set Ive apart from other designers is that they might have only created a few dozen. By creating a much greater number of prototypes, Ive was able to build on his own work and intuit the best build and user experience.

This is something that can be incorporated into the web design process. By creating a large amount of low-fidelity prototypes, it enables rapid and meaningful ideation and iteration, resulting in better websites.

Check out the YouTube video below to see what other lessons can be learned from Jony Ive: The Genius Behind Apple's Greatest Products.

PS: Some of the links in this article are affiliate links that I get a kickback from. Newsletter Signup
Subscribe to download your free TOV Guide eBook.
Thanks for subscribing!
Oops! Something went wrong while submitting the form.
Recent Articles
November 5, 2022
Graphic Design for Beginners: 5 Things I Wish I Knew Starting Out As a Graphic Designer
October 11, 2022
Web Design Agency Or Freelance Web Designer – Which Is Better For You?
October 3, 2022
9 Proven Internet Design Tips for Improving Your Website in 2022
related articles
There are no related articles for this blog post.

Got An Exciting Web Design or Branding Project?